Has anyone ever heard of Miche???
I hadn't, until this past Christmas when my mother purchased me a small base bag and 2 shells.
At first I thought it was just another cute purse.
But after having used it for the past several months, I have YET to return to any other purse. And I have SEVERAL! I guess you could say I have a bit of a fetish. And yes, I've been told on occasion by my husband to widdle my collection down. But I never could bring myself to do it. I LOVE my purses. And you just never know what purse you'll need for what occasion. And for me, it went beyond "occasion". I'd change my purse just because my mood changed. I'd change it upon what color I was wearing that day. And what a pain in the rear it was to have to change out my wallet and make-up and personal items from purse to purse all the time.

That's why I LOVE my Miche bag (pronounced "mee-chee").

You get a base bag (mini, small, large, or diaper bag) in either brown, black, or cream. Then all you have to do from there get some shells (that attach via magnets) and change them up for whatever occasion or mood you're in! Miche has SO MANY cute styles and colors! There are endless possibilities.

And now you can change the handles, add bling and charms, etc.

I no longer have to change out my belongings every time I want a new look. All I have to do is change the shell and voila!

I love these purses so much I have decided to join the Miche team and introduce them to other women.

Here are just a few samples of the many shells available! 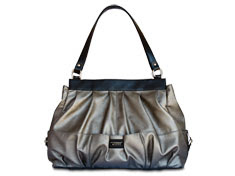 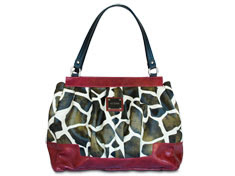 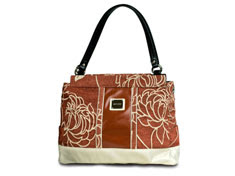 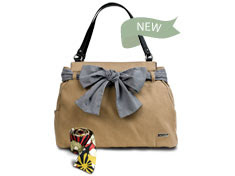 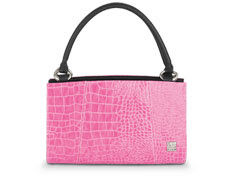 If anyone is interested in these, please let me know. As soon as I become a rep I will have my own website where you could directly order from. Otherwise, if you're local, I will let you know when a home party is coming up and I'll get you an invitation.

Seriously, these pictures do them little justice. I went to my first rep meeting last night and saw a bunch of them in person. They are SO much cuter in real person than they are on the internet or on a brochure.

And... I got to see some up and coming styles for the Fall and Winter season and they have some just DARLING items coming out soon!!!

Please let me know if you'd be interested in trying out a Miche and I will help you out!
By a Growing Wife and Mom, Mel D. at 7:14 PM 2 Thoughts...

I declare! Boredom is such a nuisance. It leads to all sorts of trouble.

I've tried explaining that their purpose here on life is NOT to be entertained, played with, or to constantly "have fun". I truly believe God desires us to work! Play comes afterward.

Here's lies the rub: with all our modern-day "conveniences" there's really very little "work" to be done. Sure there's the endless loads of laundry, the making of the beds, the emptying of the dishwasher... but beyond that, machines do all the rest of the work. Which leaves room for a lot of boredom, at least from my kids' perspective.

I try desperately to keep them busy, but seriously there's only so much that they can do! It's not like we've got wheat fields to harvest, cows to milk, massive garden's to tend, and houses to construct from scratch!

We've been reading through the Little House series (currently finishing up On the Banks of Plum Creek) and it simply amazes me to read what Mary and Laura were doing for their Ma and Pa! They were what, 9 and 7?!

How do I keep them busy and helping me?

I'll tell you what, behavior problems rise up with a vengeance when boredom strikes.

Anyone got any ideas? 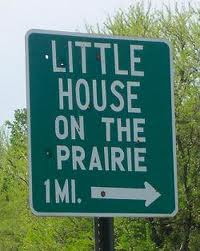 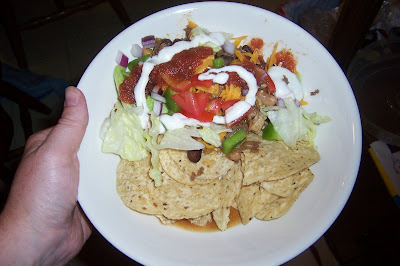 Pepper Steak over brown rice & sauteed squash
(This particular batch of squash was cooked in oil & seasoned with steak seasoning.) 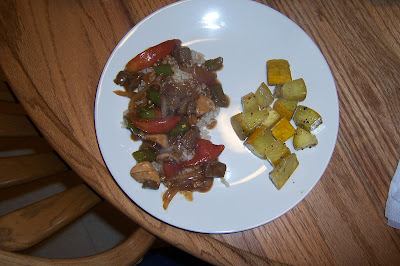 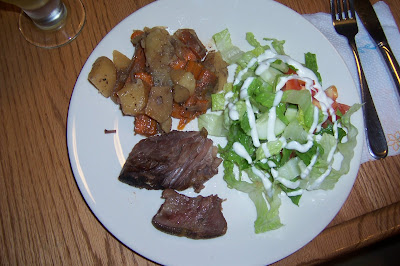 Chili over rice
(I load ours up with lots of beans! We like it hearty!) 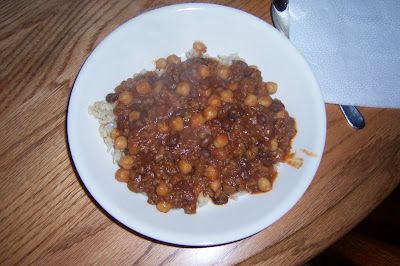 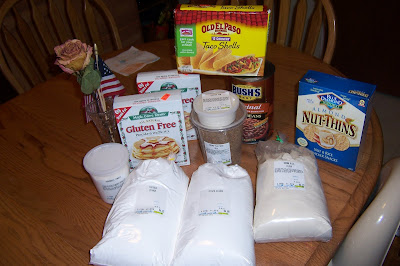 These flours and starches are needed to blend together and make an "all-purpose flour" for baking:
Whisk together 6 cups (32 ounces) brown rice flour; 2 cups (10 3/4 ounces) potato starch; and 1 cup (4 ounces) tapioca starch or tapioca flour. Store airtight at room temperature. Note: You can substitute white rice flour for the brown rice flour if you like; it’ll make your baked goods grittier (unless you manage to find a finely ground version).
~From King Arthur's blog

At our local Kroger I saw they have 3 flavors of gluten-free Chex: rice, corn, and honey nut! 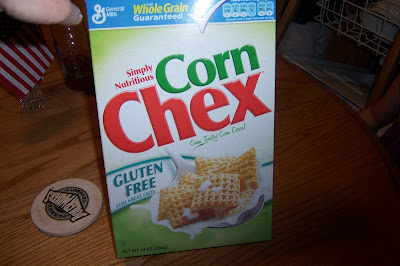 I cannot tell you enough HOW MUCH BETTER I feel after having cut out gluten from my diet. It has made a incredible difference!

My youngest daughter, Cassandra, has always had some digestive issues. So yesterday I started her on the gluten free lifestyle. I can already tell a difference (less gas!- that's always a plus!).
By a Growing Wife and Mom, Mel D. at 2:23 PM 1 Thoughts...

Here's a batch of my Kombucha.
Sooooo good. And good for you! 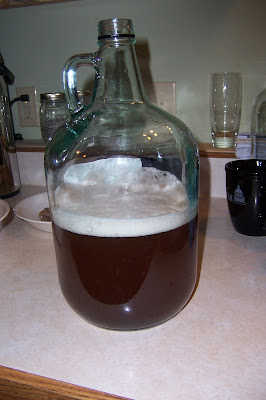 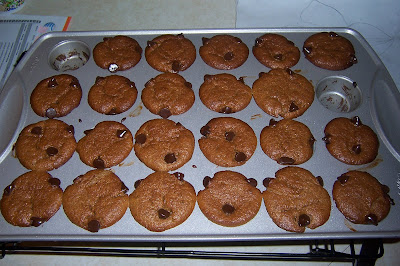 Seriously, it has the exact same texture as a regular muffin would, just grain free. SO yummy! I prefer it with peanut butter myself.
By a Growing Wife and Mom, Mel D. at 6:42 PM 1 Thoughts...

I'm BACK! And a little something on health...

Yea! It's good to be back to blog-land! I really enjoyed my time off during the month of July. I had a lot on my plate (especially emotionally) that I needed to think and sort through. It was nice having that undistracted time just "to be" and heal.

A lot has happened this past month.

The biggest, most significant thing that happened is that I discovered that I may very well be gluten intolerant.

My sister loves to do research on health issues and nutrition. It's kind of her hobby and I stand in awe at the sheer knowledge she possesses. Her latest interest has been on the topic of disease prevention. EVERYone on my mother's side of the family has Type II diabetes and several other surrounding health issues. But what's strange is that they don't eat badly. They hardly eat out. Everything is homemade. What gives? Why weight issues and diabetes? My sister has made a remarkable discovery: grain carbohydrates that are not metabolized and used for energy turn to sugar in the body. Sugar is poison to a diabetic/pre-diabetic! They shouldn't consume it!

As an experiment, both my sister and I (who are sitting ducks for Type II diabetes) removed ALL grains carbohydrates (wheat, oats, barley, etc) for 30 days just to see how we felt.

The result: we felt AMAZING!!!

I had no idea my "normal" was really "yuck" until I removed grains from my diet. You really don't NEED grains so long as you are eating a diet rich in fruits, veggies, nuts/seeds, and meat. For those 30 days I ate whole, REAL, unprocessed/undamaged foods minus grains and I have never felt better!!!

After my 30 day challenge, I decided to start re-introducing my body to grains. I started with corn. A-ok. No gastrointestinal problems.

Next grain: whole wheat. I ABOUT DIED. I'll spare you all the details but it was not well with my bowels.

Why would wheat grains bring me such utter distress?!!!

As my sister and I began researching this further, we discovered a thing called gluten intolerance, where basically gluten (a substance found in wheat grains) eats away at your intestinal flora and lining causing both a "leaky gut" and inflammation. Which, in turn, causes all kinds of problems: body stress (which increases cortisol levels), fatigue, adrenal exhaustion (which affects the thyroid gland), lowered immune system, problems regulating insulin, etc. My sister and I have hardly scratched the surface on this topic of gluten intolerance! It's fascinating!

So as of now, I'm going gluten free. 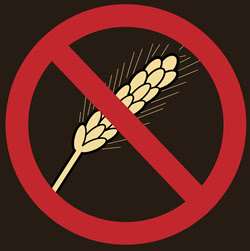 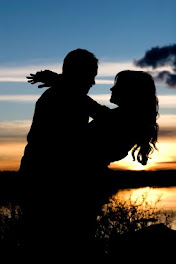 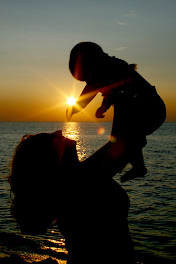 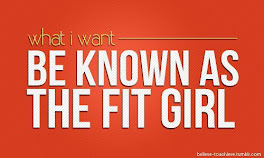